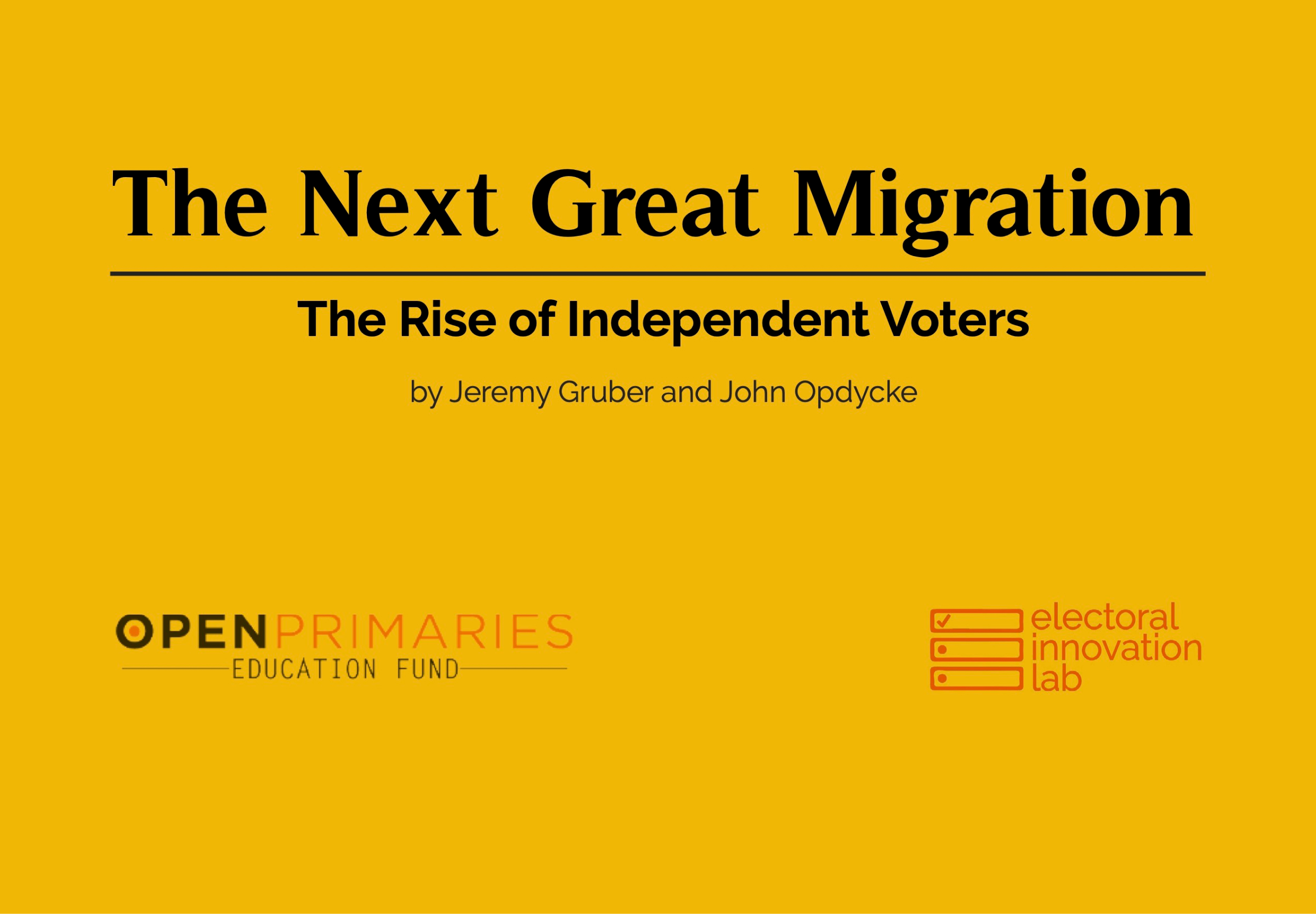 There is a significant rise in independent voters who are subjected to legal, political and administrative bias and exclusion. Independents are afforded second-class status because they do not choose to enroll in a private political party, and these restrictions harm those voters as well as the democratic process. An analysis of thiery partisan voter registration states found that party membership is declining in almost every state, with independent voters currently constituting the largest or second largest group of registered voters in half the states in the country. To account for the rise of independent voters, party registration as a component of voter registration needs to be eliminated, nonpartisan primary elections need to be adopted, and the Federal Election Commission needs to be restructured.