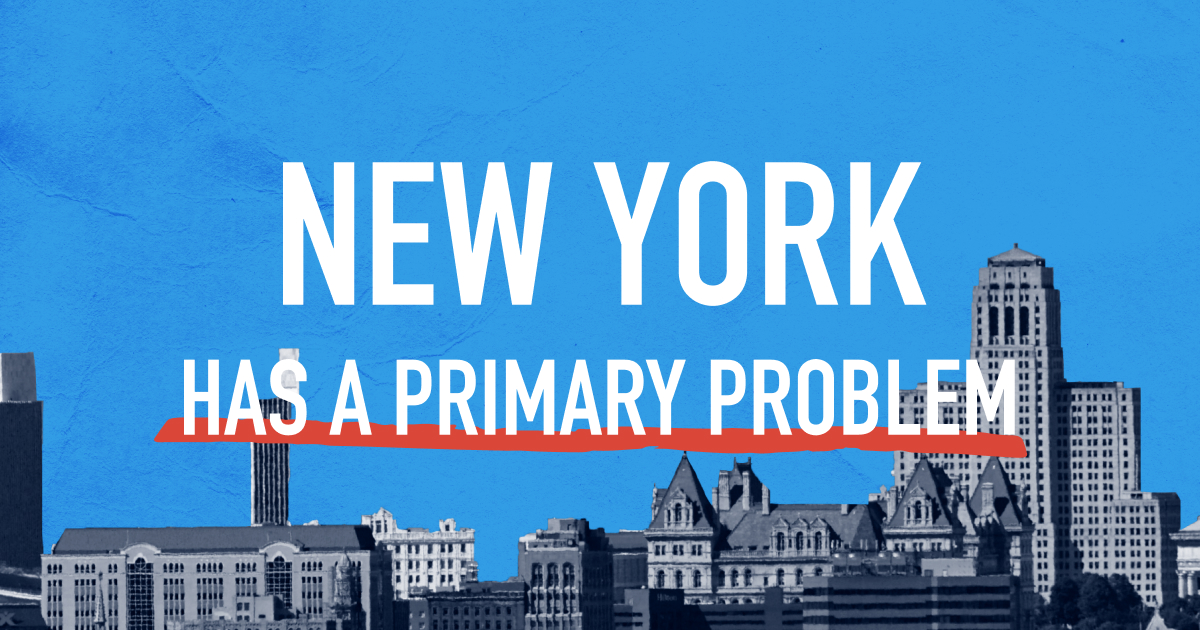 “Unaffiliated voters like me — and 3.5 million other New Yorkers — are on the sidewalk holding the bill while New York’s politicians stage not one, but two summer primary elections allowing entrenched political parties to choose their candidates while freezing out independent voices.”