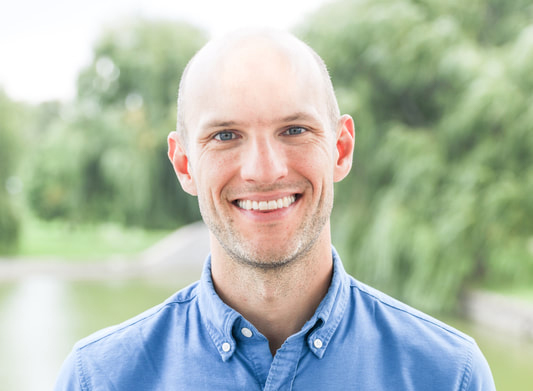 Richard Barton joins the Unite America team as our Democracy Fellow to conduct research and thought leadership on the effects of partisan primaries on our governing dysfunction and misrepresentation, and the potential of alternative electoral rules, such as nonpartisan primaries.

Get to know Rich, his prior research, and how he plans to make an impact with Unite America.

Get to know Rich, his prior research, and how he plans to make an impact with Unite America.

WHAT EXCITES YOU MOST ABOUT YOUR NEW ROLE AT UNITE AMERICA?

I am eager to apply my expertise and research skills to help Unite America better understand the problem of partisan primaries, and to evaluate the prospects of alternative electoral systems.

WHAT BACKGROUND DO YOU BRING TO YOUR NEW ROLE?

My peer-reviewed research on electoral and legislative institutions is published in Perspectives on Politics (forthcoming), Party Politics, and Politics, Groups and Identities. I have also written for CNN, Medium, and the Scholars Strategy Network, where I am a former graduate fellow and current member. I am currently finishing my Ph.D. in Government at Cornell University, where I study legislative campaigns and policy making.

Most relevant to my new role here at Unite America, I have published work on the effects of primary challenges on polarization.

SAY MORE ABOUT THIS PROJECT. WHAT HAS YOUR RESEARCH FOUND ON PRIMARIES TO DATE?

In my Party Politics article “The Primary Threat: How Ideological Challenges Exacerbate Polarization in Bill Sponsorship,” I advance the literature on primaries and polarization. Incumbent legislators regularly reference the prospect of an ideological primary challenge when justifying their unwillingness to compromise with the other party.[1] However, researchers have struggled to quantify how the fear of being primaried affects legislative behavior. In my article, I develop an innovative method for estimating the threat of a primary challenge from the ideological extreme. I use district- and Congress-level data and past election returns to “forecast” the expected vote share of ideological challengers in past primary elections. I test the effect of ideological primary threats on an original dataset of partisan bill cosponsorship. I find that the increased threat of an ideological primary challenge accounts for about one-fourth of the increase in partisanship, among both Republicans and Democrats from the 1980s to the 2010s.

The “primary problem” is that ideologically unrepresentative donors, interest groups and voters can capture these low-turnout, low-salience elections. By closely screening candidates and monitoring the behavior of incumbents, uncompromising activists exploit partisan primaries to demand ideological purity and threaten elected officials who work across the aisle. At Unite America, I will be researching and writing about these donors, groups and voters to highlight the primary problem.

THAT IS REALLY FASCINATING. SO WHAT ARE YOUR PRIMARY GOALS FOR YOUR NEW ROLE? WHAT SPECIFICALLY DO YOU HOPE TO ACCOMPLISH AS THE DEMOCRACY FELLOW?

Ultimately, my goals are to 1) raise awareness about the primary problem among scholars, journalists, officeholders and organizers, and 2) provide rigorous research on the effects of alternative electoral systems.

While basically everyone on Capitol Hill, and in statehouses across the country, seem to think that partisan primaries pervert American politics and governance, political scientists are by and large skeptical. With all due respect to my colleagues and friends in the discipline, I am convinced that this is a case in which the wisdom of the crowd is a better reflection of reality than what we have–up to this point–gleaned from the Ivory Tower. I understand the discipline’s skepticism, but I see a lot of empirical evidence that should undermine the prevailing view in my field.

My goal is to persuade skeptical academics, journalists, and consumers of data-driven journalism that partisan primaries are the problem through rigorous quantitative and qualitative analysis, and compelling narratives.

WHAT GIVES YOU HOPE?

There is good reason for hope, and I will be researching promising trends as well. While the verdict is still out on states that recently enacted alternative voting systems, the only state in which the effects of a nonpartisan nomination process has had sufficient time to unfold is Louisiana, and the results are promising. Louisiana abolished primary elections several decades ago, and instead has a top-2 general election—all candidates, including those from both major parties compete, first compete in a general election race, and if no single candidate wins a majority, the top two compete in a runoff. The result? According to the most widely respected and used ideology scores for state legislators, Louisiana is consistently among the least polarized states in the entire country (as in ranked somewhere between 48th – 50th most polarized). As the Democracy Fellow, I am eager to conduct original analysis to shed light on what the Louisiana model can teach the rest of the country.

‍HOW CAN OTHERS GET IN TOUCH?

If you have comments or questions about the primary problem, or suggestions about research topics and topical stories, you can email me at rich@UniteAmerica.org. I’d love to hear from you! Together we can abolish partisan primaries and produce a more representative government capable of tackling the challenges of our era!

You can learn more about Rich by checking out his personal website.