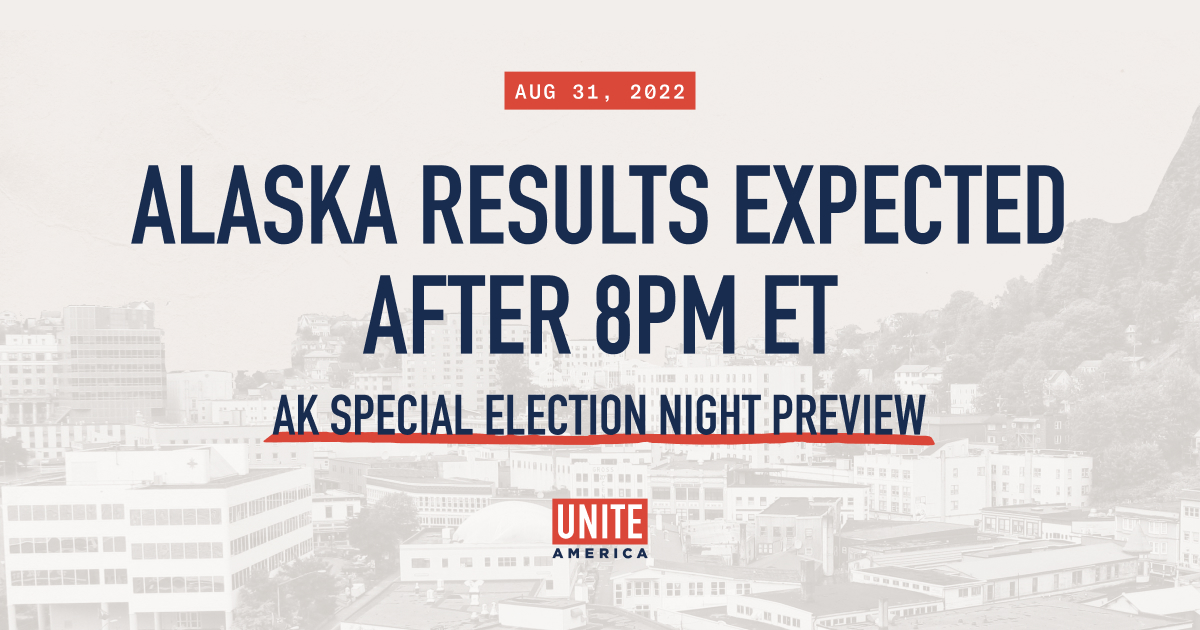 The culmination of the most significant electoral reform in the nation to date — to put voters’ interests first, to help politicians put country above party — is here.

Starting at 8pm ET today, the Alaska Division of Elections will live-stream the ranked choice voting results in the special House general election to replace the late Rep. Don Young. It will mark the completion of the first top-four nonpartisan primary + ranked choice general election in the United States. The livestream link is here; an alternative link to the DOE's Facebook page is here.

It’s just one election, mind you. More examples are to come in November. But for any voter who wants better choices and representation from their elected officials, The Last Frontier is now at the forefront of American politics.

Here are some reportable tidbits — including new poll data about the August 16 election and a resource for viewing the results from tonight:

The bottom line: From now on, the winners of Alaska elections are accountable to all eligible voters, instead of a very few. And that means better representation.

Say it for the people in the back: Voters. Understand. RCV. We have more data to prove it.

Coming this week: A tool for visualizing how RCV worked in Alaska.